Share a memory
Obituary & Services
Tribute Wall
Read more about the life story of Carolyn and share your memory.

Carolyn Marie Klein of Pella was born in Knoxville, IA, on August 26, 1940, to Velma Rowley Crozier and Floyd Crozier. The fifth of five children, she was vivacious and outgoing. Carolyn especially enjoyed working in her parents’ restaurant alongside her mother, who taught her to do her best at all times, to love and respect others, and that she could do anything she believed she could.

Carolyn met Perry Klein Sr. at a Legion Hall dance in nearby Pella. Quiet and handsome, he was a perfect match for lively Carolyn. The two were married on June 9, 1957, and purchased a house that they had moved across the highway to an acreage on land his parents had previously owned west of Pella. In the years that followed, they had three children: Perry Jr., Shellie and Sheryl.

A natural and decisive leader, Carolyn built a career at a time in history when many women in America didn’t have the encouragement or assistance to do so. With support from her husband at home and from his parents, who lived just down the road, she completed night and weekend coursework in dietetics at Iowa State University in Ames while also working full-time as a dietitian for the Pella and Knoxville community hospitals. She subsequently owned and managed West End Café in Pella and co-owned a clothing store, The Fashion Noke, with good friend Jan Petersma.

In 1976, Carolyn was named Food Services Director for Pella Community Schools, a job she held until her retirement in 2013. She spoke often about her priorities in that role: planning nutritious meals that students would love, managing her budget wisely, and working hard alongside her staff, many of whom became lifelong friends. She also served two terms as president of the School Nutrition Association of Iowa.

To her family, Carolyn was a strong matriarch who set an example of hard work, reliability and generosity. To her friends, she was always there to support a project, bringing good energy, good conversation and good food. She initiated many projects at home as well, including a family room addition to the cozy farmhouse she and Perry Sr. owned. The two also traveled with their children and grandchildren, enjoying cruises of the Hawaiian Islands and Alaska.

Carolyn’s family and friends will remember her love, her laugh and her blend of strong convictions and open-mindedness. She was always clear about where she stood but listened well and supported the decisions of those she loved, no matter what.

We, her family, are committed to carrying on her example of a life well lived. She, indeed, did everything she believed she could.

She was preceded in death by her parents; her mother- and father-in-law, Josie and Gerrit Klein of Pella; daughter Shellie Hawkins and son-in law Dick Hawkins of Pella; siblings Keith Crozier of Marietta, Georgia; William (Jeanette) Crozier of Melcher; and Pat (Ron) Henning of Knoxville. 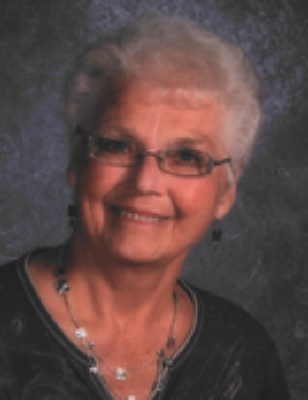