Share a memory
Obituary & Services
Tribute Wall
Read more about the life story of Duane and share your memory.

Duane Dean (widely known as “Mr. B”) Brand was born March 2, 1937, to Jacob and Freda (De Jong) Brand, in Killduff, Iowa. He was a 1955 graduate of Lynnville-Sully High School, Central College in Pella, and earned a Master’s degree at Drake University in Des Moines. From then on, he never missed the score of each of his alma matters’ football, softball, or basketball games. If it was an L-S game of any kind, he would be there.

On June 14, 1957, he was united in marriage to Donna VanDerPol, in the First Reformed Church in Sully. They met at summer church camp. In the fall, she went to watch him play football one night, and after the game, he asked her if he could drive her home. And that was it; they became an item, a Sully boy and a Newton girl. She even got kicked out of band because she refused to play at a band competition so she could go watch him play in the state championship that year. Her teacher didn’t have much sympathy for her since she skipped to cheer for a rival. When he was ready to pop the question, he did not ask her dad for her hand, but it was okay because he was already liked by her whole family. He was a good kid with a good reputation.

Duane lived in the Sully area his whole life and taught at Lynnville-Sully his entire career of 42 years.  The year he graduated college, he was asked if he would start and direct the new L-S junior high sports program. He taught girls and boys basketball and track, as well as football. At the same time, he taught junior high science and eighth-grade Careers class. He later taught high school P.E. while he coached girls’ basketball. He was and will always be a legend at L-S. He was Coach of the Year several times, Junior High Official of the Year, Athletic Director, coach of baseball, softball, basketball, track, and junior high football. He also officiated several sports. Duane was a guidance counselor, the head of the little league program, and played fast-pitch softball for many years. Up until his passing, he continued to volunteer his time to run the score clock for junior high sporting events, as well as high school football games. And at 85, he could still play the L-S fight song on his clarinet.

His favorite teams beyond the L-S Hawks and Central Dutch were the Packers, Cyclones, and Hawkeyes. If two of his favorite teams were playing at the same time, he would listen to one game through his handheld radio and headphones and watch the other one on TV on mute, all from his favorite leather recliner.

He was known for his love of sports, but he was better known for his servanthood to his community and family. Mr. B was a pillar of the L-S school district, but his impact far exceeded his community.  The way he lived his life will have multi-generational impacts. He taught not so much with his words, but with his actions. He invested in everyone around him; he was never too busy to help others. Nothing was too big; he would take bad news with stride and had nothing but support and advice to give. Much of the good that he did was never publicized because he did most of it anonymously. Everyone has a story where Mr. B helped them with no payment or recognition expected. He truly led by example.  As he told his Careers class, “Character is what you do when no one is looking."

If you asked him what his greatest accomplishment was, it was not his coaching or teaching career. It was being the best husband, father, grandpa, and great-grandpa anyone could ask for. He is the type of person we all aspire to be. His big heart extended even beyond his immediate family and many called him a second father or grandfather because of how important he made them feel. He went to every game, graduation, wedding, and birthday party. He may have watched from his mule, truck, or the comfiest chair available, but he would be there. He loved when the kids were old enough to sit on his lap and tell him about their day or have him read them a book. He would always ask how school was going and wanted the details. The kids would get special treats if they did especially well at school. Each of his kids, grandkids, and great-grandkids was also spoiled by his amazing back scratches. Because of this, their spouses and future spouses are expected to continue this treatment, though they will never have the same technique as Duane. A fun game for them was to sneak up on him and tickle his feet. He was not a fan of his feet being tickled. Every Wednesday, he would call and check in on his grandkids who don’t live in the area. And every Sunday night, any family member in town was always welcome to Sunday dinner where there’s always a good meal on the table and a game on.

Besides his family, his two loves were sports and mowing. His mowing career began when he and his twin brother started mowing at the age of 9. And he never stopped. He mowed his own yard, his family members’ yards if they needed some extra help, neighbors’ yards if they were going through a tough time, and he started his own business mowing local cemeteries. His mowing business has become a family business. When old enough, his children helped out, then later on, each of his grandkids helped grandpa mow during the summer. This business will live on with family members stepping up, and you will probably see his great-grandkids mowing in honor of their grandpa in the years to come.

He was a storyteller. Probably everyone in Sully and anyone who worked with him or had him as a coach could tell you one of his twin, mowing, or coaching stories. He either quietly watched and listened to what was being said around him or engaged the whole room with one of his lengthy stories that usually ended in his deep belly laugh. But no matter what, he would always greet you with what he told his students was the universal greeting; a smile.

Those left to cherish his memory are his wife Donna and their family:

He is also survived by his siblings: Darrell and Sherma Brand and Vicki Brand and John Daughtry, his sisters-in-law: Iva and Marvin Baarda, Audrey Brand, and Dorothy VanDerPol, and many nieces and nephews.

All who loved him will remember him every time they smell cut grass, hear “Hoo-rah, Hoo-rah, L-S, L-S, rah-rah,” eat a chocolate chip cookie or pickle wrap, watch his favorite teams win a game, or have a lazy Sunday in their favorite chair. So he will be remembered often and forever. What we wouldn’t give for another hug or a “Hey mother,” “Hey sis,”  or “Hey boy” from him. Until we meet again, Mr. B. 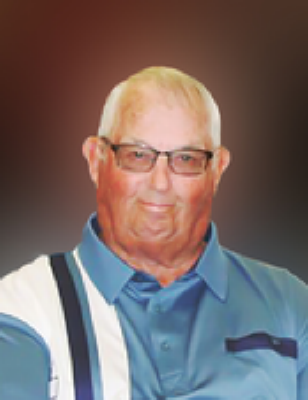 Please note
The funeral service will be Livestreamed on the Sully First Reformed Church website.