Share a memory
Obituary & Services
Tribute Wall
Read more about the life story of Ernie and share your memory.

Ernestine Visser succeeded much during her life, but she came up short last week on a lifetime goal: she didn’t die at her desk.

Instead, the 94-year-old Pella businesswoman died suddenly January 4 at Mercy Hospital in Des Moines after contracting pneumonia while living in an assisted-living facility. She worked full time at her Pella Printing business into her nineties. She always insisted that not working would kill her.

Known affectionately as “Ernie” for her adult life, she was born Ernestine Susanna Crawley March 26, 1928, on a farm outside Harrisonville, Missouri. Her father, Ernest Crawley, hailed from the mountains of North Carolina and her mother, Pearl Wright, from the Ozarks.

As a child, she lived for a year in Arizona where her family had moved in hope the drier climate would help her father’s lung ailments, which he developed as an adult after being gassed as a soldier in World War I.  Arizona proved unprofitable and the family returned to Cass County, Missouri where her father died when Ernestine was 12. It was a loss she grieved her entire life.

Her mother remarried and moved Ernestine and her younger sister, Shirley, to Mount Pleasant, Iowa, where they lived on a farm, and where Ernie graduated from high school. She later attended Iowa Wesleyan College before moving to Connecticut and then back to Iowa. She was first employed at the Veterans Administration Hospital in Knoxville.

In Knoxville, one evening while out with her roommate, a man approached her at a local drug store, a nightly gathering spot, and asked her on a date. Ernestine was skeptical, noting – in her telling – the potential suitor was on a date with another woman who was waiting patiently – too patiently in Ernestine’s eyes – for him at another table.

Any reservations, however, quickly dissipated; romance ensued and she soon eloped with Philip Lee Visser. Shortly after securing their marriage license, the two were married in Keokuk, Iowa, on February 10, 1951 by a Methodist minister they did not know. Ernie once said, “I am sure that minister thought this marriage will never last.”

They moved to Pella in 1952 where Philip worked as a lineman for what became the Pella REC, and Ernie soon secured employment with the Pella Chronicle, a newspaper she eventually owned before selling it to a weekly newspaper chain.

The newspaper job fueled her ambition and helped her develop relationships across Marion County. She was staunch advocate for her husband’s career who rose to manager of the Pella REC, a job he held for 30 years.

In 1979, she started Pella Printing on the town square and grew the business which eventually had to relocate to bigger quarters on the westside of town. It was a business she dedicated her career to.

She and Phil became avid golfers, bridge players and party throwers, putting into practice the philosophy of working hard and playing hard until her husband’s death in 1990. Ernie continued to golf into her 70s and played bridge up to November 2022 with a close-knit group.

She was a member of Second Reformed Church.  She is survived by her two sons Steven Visser (Cynthia) of Atlanta, GA, and Scott Visser (Tiffany) of Pella; three grandchildren, Philip Visser of Clinton,  Gerrit Visser of Pella, and Becky (Kaiden) Billings of Ankeny and one great-granddaughter, Amelia; a niece Michelle Oakes (Robert) of Arlington, WA; two step-grandchildren, Travis Owen (Meghan Hamer) of Atlanta and Heather Owen (Jonathan Ryan) of Dublin, Ireland and two sisters-in-law, Rosemary Mattson (Glenn) and Donna Visser (Donald) both of Pella. She was preceded in death by her husband Philip, her parents Ernest and Pearl Crawley, an infant sister, Inez, and her sister Shirley Lilly. 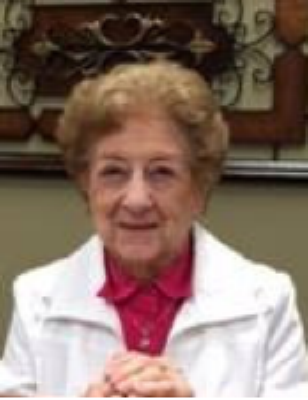