Share a memory
Obituary & Services
Tribute Wall
Read more about the life story of Everett and share your memory.

Everett Eugene Slagle was born July 13, 1933, to Lowell and Edith  (Strohl) Slagle, in LaFontaine, Indiana. He passed away November 23, 2022. Everett had been living at the Accura Healthcare of Knoxville, Iowa.

On January 21, 1953, he was united in marriage to Marilyn Wampler in Lincolnville, Indiana. To this union they were blessed with three children: Steve, Deb and Cindy. Everett enlisted in the U.S. Air Force and was honorably discharged. Everett worked as a washing machine repairman while in Albuquerque, New Mexico. He worked for Vermeer Manufacturing as a machinist for around 20 years. After retirement he worked as a courier for Pella Regional Health Center. Everett and Marilyn were members of the Second Reformed Church in Pella.

Those left to cherish his memory. . .

He is also survived by his brother Dan Slagle of Indiana. 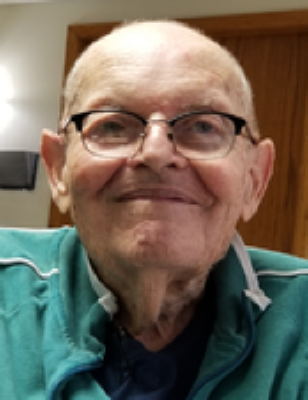